The Find is out!

That’s what the online etymological dictionary says.  As for the publishing news today – let’s forget that a volcano in Iceland threatens the London Book Fair, and that one of my husband’s friends just emailed to tell me that he has just bought a copy of Alphabet on Amazon.co.uk for 1p – let’s just forget all that, because other people  are emailing to say they have seen The Find in bookstores,  and some of them  have glimpsed a poster, too.  Copies have been sold.  It is finally out, and that  leaves me to deal with  that strange but familiar blend of excitement,  loss, release, pride and terror  that authors have been experiencing ever since books were first made.  The story, dreamed into being and created in solitude,  then wrestled into its final shape with the editor’s help, is now contained in a physical artefact, available to anyone. It’s no longer theoretical.  It no longer belongs to the writer, but exists in readers’ minds, too. And at this point, the writer has to let go. Now, every reader will make the story his or her own – no two readings will be the same, and some will diverge very widely indeed.  Yet  there will also be a  great deal of common ground. Reading is a solitary activity, but when a book is published, there is a collective aspect to it, too.   Chacuer, sending out his ‘litel bok’ (Troilus and Cressida)  seven hundred years ago prayed for it to be ‘understood’, and so do I. 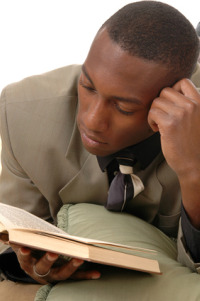 understand (v.)
O.E. understandan “comprehend, grasp the idea of,” probably lit. “stand in the midst of,” from under + standan “to stand” (see stand). If this is the meaning, the under is not the usual word meaning “beneath,” but from O.E. under, from PIE *nter- “between, among” (cf. Skt. antar “among, between,” L. inter “between, among,” Gk. entera “intestines;” see inter-). But the exact notion is unclear. Perhaps the ult. sense is “be close to,” cf. Gk. epistamai “I know how, I know,” lit. “I stand upon.” Similar formations are found in O.Fris. (understonda), M.Dan. (understande), while other Gmc. languages use compounds meaning “stand before” (cf. Ger. verstehen, represented in O.E. by forstanden ). For this concept, most I.E. languages use fig. extensions of compounds that lit. mean “put together,” or “separate,” or “take, grasp.” 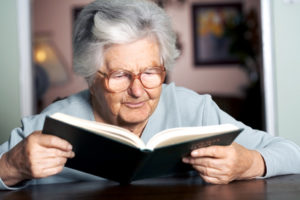 There’s understanding for you.  But of course, writers want more than that. We want our books  to have some kind of effect on the reader: to entice him or her on an emotional  or intellectual journey of some kind,  to create excitement, laughter, tears, recognition, and understanding.   We want to connect with the other person  whose eyes move over the page, taking in the words we chose, re- imagining the characters and scenes we created. We want our books  to be  loved, fiercely embraced,  argued with, treasured, remembered, kept.  We want them to live at least briefly, and preferably long-term, in the reader’s mind. And yes, this is big and risky thing to say.